Google can now remove your identifying search results, if they’re the right kind 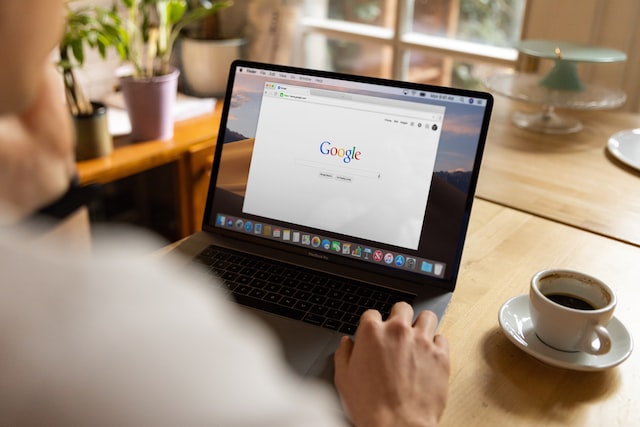 Google has been pushing out a tool for removing personally identifiable information—or doxxing content—from its search results. It’s a notable step for a firm that has long resisted individual moderation of search content, outside of broadly harmful or copyright-violating material. But whether it works for you or not depends on many factors.

As with almost all Google features and products, you may not immediately have access to Google’s new removal process. If you do, though, you should be able to click the three dots next to a web search result (while signed in), or in a Google mobile app, to pull up “About this result.” Among the options you can click at the bottom of a pop-up are “Remove result.” Take note, though, that this button is much more intent than immediate action—Google suggests a response time of “a few days.”

Google’s blog post about this tool, updated in late September, notes that “Starting early next year,” you can request regular alerts for when your personal identifying information (PII) appears in new search results, allowing for quicker reporting and potential removal.

I took a trial run through the process by searching my name and a relatively recent address on Google, then reporting it. The result I reported was from a private company that, while putting on the appearance of only posting public or Freedom of Information Act-obtained records, places those records next to links that send you to the site’s true owner, initiating a “background check” or other tracking services for a fee.

How a request removal works

I requested the removal of the site from Google’s results, noting that “It shows my personal contact info,” then verified exactly which information the site was showing. Google reported that it was reviewing my request, then emailed me a link where I could track that request and others. You can also request results removal, for yourself or on behalf of others, through a detailed removal request form.

If Google approves your result for removal, it will do one of two things. It can remove the result entirely from its results, which it claims to do for ID, bank, credit card, and similar information. For other identifying details, Google can remove the result when used in searches that contain your name “or other such identifier.” This provides Google a means for making your details less searchable while still allowing content that is “of public interest or has content about other individuals.”

Removing your information might not be just a few clicks

The first caveat Google carves out in its blog post is whether the page your information appears on also contains “other information that is broadly useful, for instance in news articles.” So if your information is appearing because a newspaper or other publication regularly publishes, for example, lists of real estate transactions, Google isn’t likely to take that page down.

Google then notes that removing your info from a Google search “doesn’t remove it from the web,” so they suggest a help page they’ve compiled for contacting a site webmaster about removal. In other words, if Google can see a page with your information on it, so can Bing, DuckDuckGo, and other web-indexing search sites, so removing the original page is important. You could then request Google remove its own indexed result once the webmaster acts through an “outdated information” removal request.

It’s good this process exists, but it’s assuming a lot. Many of the sites most likely to publish identifying information on the web are also likely to have an adversarial removal process, perhaps even suggesting or outright demanding payment or subscriptions to “protection” services. Yael Grauer, investigative reporter at Consumer Reports, maintains a “Big Ass Data Broker Opt-Out List” that’s both an extremely helpful resource and a clue as to how onerous the process can be:

Some of these opt-outs take a long time to go through. Sometimes, information is pulled from other sources and you’ll need to opt out multiple times for the same site. Data brokers come and go (and are bought out by others), and they also often change their opt-out pages. I try to update this ~every six months, but it’s not always current.

Google notes that it generally aims to preserve search results if “the content is determined to be of public interest.” This includes “Content on or from government and other official sources,” and newsworthy and professionally relevant content.

In my case, the information I’m requesting to be removed is “public,” in that someone could not be denied the right to see it if they traveled to a relevant local government office and demanded it or filed the right FOIA form and stuck with that process. But a savvy, sketchy business has taken that information, published it online, and used it to grease the sales funnel into their service that will likely reveal even more about me. I’m uncertain how Google will rule on my request, and it seems likely that it might only remove the result for those specifically searching my name.

(Update 7:37 pm ET: Google removed the author’s requested result, just under six hours after the request was made. It’s not clear from the update whether the result has been removed only from searches with the name included or all search results on Google.)

A different case for doxxing

If your information appears “alongside content that’s threatening,” Google implies your request should find greater purchase. If there is an “explicit or implicit threat,” or “calls to action for others to harm or harass,” that can make the removal easier under Google’s doxxing policy, initiated in May.

As Kashmir Hill, privacy and security reporter at The New York Times, tweeted earlier today, Google’s expanded removal service, however wonky and shot through with caveats, is still a big shift for the search and advertising company: “(F)rom a company that refused to remove almost anything but spam to one that prompted me this morning to remove results from a search of my name that have my contact information.” (We’ve reached out to ask if Hill is part of an early test of Google’s alerts service.)

(Edit, 4:41 p.m. ET: Hill tells us that they noticed a prompt to explore Google’s results removal tool underneath the Google search bar, while logged in. The same prompt did not appear when Hill opened Google in an incognito window.)