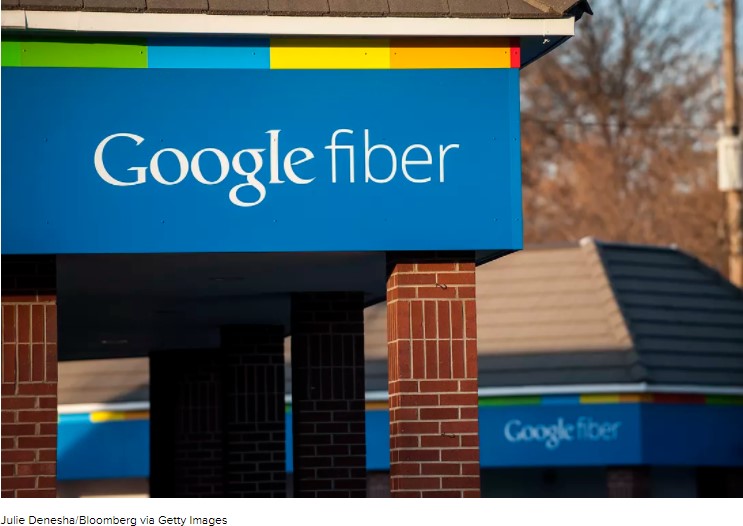 I live in a city where Google Fiber is available, though I’ve never had the opportunity to sign up for service. Coverage in my hometown of Charlotte, North Carolina, was light before expansion came to an abrupt halt in 2016, but now that expansion is back in full force, and I’m holding onto hope that Google Fiber will eventually come to my neighborhood. I’ll sign up for it if it does, because the value is too good to pass up.

When I say “value,” I’m not necessarily talking about cheap internet. In fact, Google Fiber has one of the highest starting prices of any top ISP. You get what you pay for, however, as speeds start at 1,000 megabits per second, aka gigabit service. Add in the common customer-friendly perks like unlimited data and no contract requirements — as well as free equipment rental, an uncommon one — and the premium cost becomes more justified, the value more apparent.

As one who appreciates high-speed internet and is willing to pay a little more for it, I’d say Google Fiber is definitely worth checking out. Few fiber providers, if any, can match Google Fiber’s speed potential, let alone service from cable or DSL providers. You’ll want to consider more than speed when it comes to shopping for internet service in your area, though, so here’s a full rundown of what you can expect from Google Fiber. We also have how it compares to other ISPs to help you determine if the service is right for your home.

Google Fiber’s availability is nowhere near rival fiber providers like AT&T, Verizon Fios or even CenturyLink, but the provider does offer service in some fairly large metro areas. Kansas City and Huntsville, Alabama have the greatest Google Fiber coverage, but service can also be found in parts of Orange County, California; Atlanta, Georgia; Charlotte and the Raleigh/Durham area of North Carolina; Nashville, Tennessee; Austin and San Antonio, Texas; Salt Lake City and Provo, Utah; and coming soon to West Des Moines, Iowa.

Admittedly, that increase brought Google Fiber’s national coverage up from a paltry 0.46% to 0.98%, so it’s still available to less than 1% of U.S. residents. That said, the growth is impressive and the rapid expansion continues. A Google Fiber spokesperson tells CNET that the company is “building in all existing markets” and “built more in 2021 than any year previously.”

Furthermore (and encouraging to a suburbanite like myself), Google Fiber is showing signs of expansion outside city limits. For example, Google Fiber is set to expand into Concord and Matthews, North Carolina, two Charlotte suburbs I would not have expected to be eligible. I’m still waiting for Google Fiber to reach me a little further south of Charlotte, but if it’s available in your area or where you’re moving to, here’s what you can expect as far as plans and service details are concerned.

Google Fiber comes with two plan options: fast (1 Gig, 1Gbps) or super fast (2 Gigs, 2Gbps). While gig service is common from fiber providers and most cable providers, Xfinity is the only other major provider to offer 2Gbps service. And in that case, it’s only available to a small fraction of subscribers.

More, and cheaper, plan options would be nice (Google Fiber previously offered a 100Mbps plan for $50 per month) but I have to admit I like that gig service is the baseline. As streaming in HD and 4K become the norm and we’re connecting everything from smartphones and tablets to speakers, thermostats and a plethora of other devices to the internet, plans with speeds around and below 100Mbps are becoming less practical, even if they are easier on the budget.

Going back to value, Google Fiber plans are actually better priced than most, even though no “cheap” option is available. At $70 per month, Google Fiber’s gig service is priced lower than Verizon Fios and cable providers such as Cox, Spectrum and Xfinity. Then there’s the $100 per month 2 Gigs plan, which is still cheaper than what some providers charge for single gig service. As I mentioned above, the only other major provider to offer 2Gbps service is Xfinity and it comes with a hefty price tag of around $300.

A good indicator of value is cost per Mbps, which you can find for any internet plan by dividing the monthly cost by the max speeds. Google Fiber’s 1 Gig plan starts at $70 per month for speeds up to 1,000Mbps, which comes to an estimated cost per Mbps of $0.07. The 2 Gigs plan is even lower at $0.05 per Mbps. A sub-dime cost per Mbps is often a great internet deal, and the cost per Mbps of both Google Fiber plans is on par with or lower than most providers at any speed tier.

Straightforward pricing with no added fees

Google Fiber doesn’t have introductory pricing, which means you don’t have to worry about a looming price increase after 12 months. That’s not to say the price will never go up, but there’s no guarantee that it will after a certain number of months. Additionally, Google Fiber plans come with unlimited data (so no overage fees) and no contracts with a required service length (so no early termination fees). Unlimited data and no contracts are fairly common among ISPs, but there are some big-name providers that will require a contract to get the lowest pricing or tack on $50 or more in overage fees for exceeding your data limit.

No equipment costs, even for mesh Wi-Fi and Wi-Fi 6 routers

Google Fiber’s 1 Gig plan comes with a Wi-Fi router and up to two access points, which extend the range and coverage of Wi-Fi service throughout your home, up to around 3,000 square feet. If you need additional coverage, you can purchase more access points for $100 each. You also have the option to use your own router, but seeing as how Google Fiber includes one at no extra cost, I can’t imagine why you’d want to unless you need a top-of-the-line router for serious gaming or other specialized uses.

The 2 Gig plan comes with a Multi-Gig Wi-Fi 6 router, which is the latest available Wi-Fi technology and estimated to be roughly 30% faster than the previous Wi-Fi iteration. The technology is exciting, but Wi-Fi routers can be a bit pricey, so it’s nice that Google Fiber includes one at no extra cost. Like with the 1 Gig plan, Wi-Fi extenders are included if needed to ensure whole-home Wi-Fi coverage. There is no option to use your own equipment with the 2 Gig plan, but the device should be more than suitable for practically any standard home internet use.

How does Google Fiber stack up?

If Google Fiber is available in your area, it’s probable to assume you also have a cable provider and possibly even another fiber provider available at your address. In that case, you’ll want to know how Google Fiber compares.

Compared to other fiber providers — or really any ISPs — Google Fiber is going to have a higher starting price. You’ll find lower monthly starting prices from AT&T Fiber ($35), CenturyLink ($50), Frontier FiberOptic ($50) and Verizon Fios ($40) but again it is worth noting that these cheaper plans come with significantly lower speeds. If those speeds, typically around 200 to 300Mbps are sufficient for your household, a cheaper plan like what’s available from AT&T or Verizon Fios may be your best bet.

If you’re interested in gig service, Google Fiber is going to be tough to beat. Starting pricing for Google Fiber’s gig service is a touch lower than Frontier and Verizon (both are around $80 per month) and though it’s a little higher than AT&T and CenturyLink (both around $65 per month), the free equipment rental that comes with Google Fiber still makes it a better value in the end. You also won’t find 2Gbps service available from the other big fiber providers.

What do customers think of Google Fiber?

Google Fiber isn’t specifically included with the American Customer Satisfaction Index national reports (it’s grouped in with “All Others”), but that’s not to say customers did not share their feedback with the ACSI.

According to a Google Fiber spokesperson, the company partnered separately with the ACSI to get a gauge on customer satisfaction and how it compares to the national figures. The result? Google Fiber reportedly ranked No. 1 in 17 categories, including Customer Satisfaction, Perceived Value, Security of the Wi-Fi Connection, Reliability of Service and Perceived Overall Quality in 2020.

Diving a little deeper, I turned to the Better Business Bureau to investigate the number of complaints, if any, customers had filed against Google Fiber. There were over 2,000 complaints filed within the last year alone, but as I waded through them, I found that the vast majority of them were in reference to other Google services, such as YouTube Premium and Google Ads, Google devices, or problems with digital content and merchandise purchases. I couldn’t find a single complaint specifically referring to Google Fiber filed in the previous two months.

Downdetector.com indicates that service issues aren’t completely unheard of, but they seem fairly few and far between. So far, there have been two reported issues in September, but only four total in August, none at all the entire month of July and only one in June.

If you’ve got the need for speed, there is perhaps no better provider than Google Fiber — if, that is, service is available in your area. Google Fiber has some of the best pricing on gig service and is the only major provider with a reasonably priced 2Gbps plan. Favorable service terms such as free equipment rental, unlimited data and no contract requirements, add to the value and likely contribute to Google Fiber’s high customer satisfaction rating. The service isn’t for everyone, however, especially those who may be looking for a cheap plan under $50 per month. In any case be sure to consider all of your home internet options before committing to one in particular.