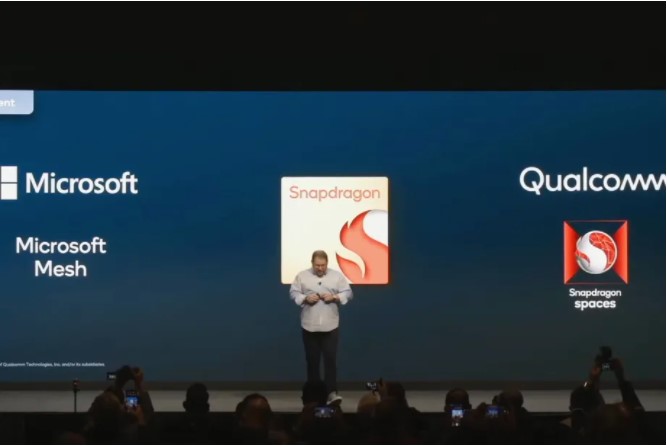 The partnership isn’t too surprising: Qualcomm’s Snapdragon 850 chip already powers Microsoft’s HoloLens 2 headset from 2019. And Qualcomm has only increased its focus and its development of more specifically AR and VR focused chips in recent years, including the Snapdragon XR2 that powers the Oculus Quest 2. Microsoft and Qualcomm have also worked together on bespoke chips in the past, like the Surface Pro X’s customized SQ1 and SQ2 processors.

The inclusion of support for both Microsoft Mesh and Qualcomm’s Snapdragon Spaces XR platform is particularly notable, too. Both platforms offer interesting mixed reality use cases that span multiple devices. Mesh already has a cross-platform VR / AR system for connecting between virtual reality headsets, tablets, smartphones, and PCs, while Spaces aims to specifically integrate Qualcomm-powered smartphones as a “second screen” for mixed reality experiences. And given that Qualcomm specifically highlighted the upcoming chip collaboration as focusing on ultra-light augmented reality glasses, it seems clear that the two companies have big ambitions for integrating future projects into a broader, connected digital world.