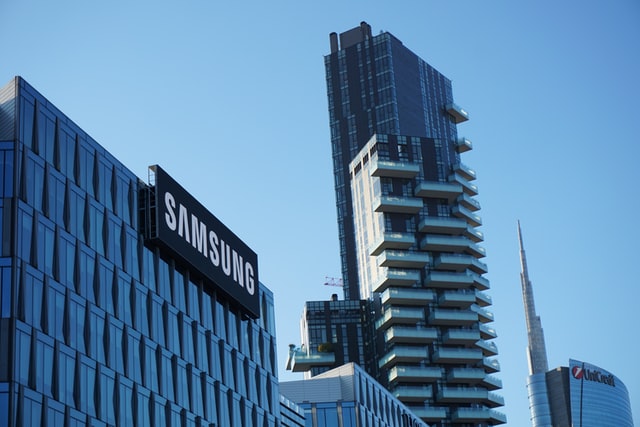 Samsung has been leading the charge toward foldable smartphones for almost three years now, but the future of the company’s foldable ambitions have always been on display at trade shows, going all the way back to 2008. With three versions of the Galaxy Z Fold (and two smaller Z Flips) under the conglomerate’s belt, Samsung’s Display division has shown up to CES with a plethora of prototypes detailing what it thinks the future of foldables will look like. For whatever reason, Samsung produced official hands-on videos of these devices but isn’t hosting them anywhere, but there are some mirrors on YouTube from Abhijeet Mishra (1, 2, 3, 4).

These aren’t from the “Galaxy” division (that would be Samsung Mobile), and they aren’t fully featured devices. But Samsung Display’s technology has been a driving enabler behind the Galaxy Fold line of devices. Now, the display division wants to tackle even bigger and more complicated form factors.

If one fold works on the Galaxy Z Fold, then surely two folds will be even better. The first concept, the “Flex S,” folds up in an “S” shape (It’s more like a “Z” but “S” has way better Samsung branding synergy). This gives you a visible front display when the device is closed and a wide aspect ratio when open. The Flex S comes in phone and tablet versions. The commercial Galaxy Fold needs a totally separate screen to have a front display, while the Flex S only needs a single screen. The Huawei Mate X tried a single-screen design with only one fold, but that meant the entire device was a display when closed, and there was no “safe” side to place on the table. The Flex S works around that problem with the second fold.

The tablet opens up to around a 16:10 aspect ratio, which seems like a good match for video content, tablet apps, or three side-by-side phone apps. When closed, the tablet takes on the shape of the phone, but this prototype looks like it would be one of the biggest “phones” on the market.

This device looks like it’s constructed exactly like a scaled-up Galaxy Z Fold. There’s a raised plastic bezel around the flexible OLED display, keeping the panel attached to the phone. Like the Fold, the display edges are exposed around the hinge area, with a “T” shaped guard hopefully stopping anything from getting under the delicate display.

The phone version of the Flex S has popped up at other trade shows before. It shrinks the same tri-fold design way, way down to what looks like a device in the 4-inch range. When closed you get a small, one-handed phone design, which you can then open into a bigger device for multimedia usage. Making a small phone bigger is a cool idea, and it seems more functional than the Galaxy Z Flip, which is just a normal phone that folds in half.

Unlike the tablet, the phone Flex S has a plausible camera setup, thanks to the camera bump on the front left side of the device. It’s not demoed, but I would imagine this could work as both a front and rear camera by just folding the first chunk of the screen over and using the other half of the display as a viewfinder.

The right panel of the device is a bit odd. Samsung chose to not extend the display all the way to the end of the phone. Instead, the phone just becomes a clear block of plastic. When you fold up the phone, There’s now the main display on the front and a clear strip of plastic exposing a bit of the display on the back, where you can show a message or something.

The Flex G devices are the same idea, but everything folds inward, so there’s no screen on the outside. These protect the screen a lot more when it’s in your pocket, but you won’t have any kind of quick display for notifications, which we’ve found to be limiting on other foldables. Again, there is a dead zone on the right side of the phone, but this time, Samsung fills it with an S-Pen holder. There’s a front camera, but no rear camera on this prototype.

The big tablet version is just all screen. There are no cameras, and I’m not even sure it has a charging port.

Samsung also showed off a phone with a rollable flexible display. This is similar to the designs we’ve already seen from LG, Oppo, and TCL. In phone mode, the flexible display wraps around one side of the phone with additional, unused display on the back. When it’s time to jump into tablet mode, a set of motors expands the body of the device, which pulls more of the flexible display from the back to the front, making the display “grow.” A multitude of companies have shown off this design, but no one has commercialized it yet.

Phones and tablets are nice, but Samsung wants to go even bigger. That’s why it showed off the “Flex Note.” This is a full-sized, 13-inch laptop form factor that is basically one big folding display that stretches across both halves. Being all display means there’s no keyboard or mouse. I think many people will have a hard time being sold on a laptop with no keyboard, but I’m sure Blackberry users said the same thing when the iPhone came out. Maybe people will learn to accept this, or maybe that famous Jurassic Park quote will be proven more appropriate for this idea.

Samsung seems to understand what a hard sales pitch a no-keyboard laptop is, so the demo showed a game and some giant controls. It would be interesting to change from a QWERTY keyboard to more appropriate controls for certain apps, or change to an absolutely giant, landscape video billboard. But I’m not sure that is enough to overcome the lack of a keyboard.

The flexible-screen Lenovo ThinkPad X1 Fold is already on the market, but that is not laptop-sized, and Samsung’s prototype is almost twice as big. Asus’ freshly announced “Zenbook 17 Fold OLED” is basically a commercial version of this design (we’re not sure if it’s a Samsung display). Asus is solving the keyboard problem by shipping a full hardware keyboard and trackpad along with the big, foldable screen. It’s basically the bottom half of a regular laptop that you can stick on top of your weird, all-screen laptop. The fun part of the Zenbook is that you can separate the laptop screen and keyboard and turn the screen sideways. That means your 13-inch form factor keyboard now has a massive, 17-inch display and a separate keyboard.

Even smart speakers get flexible displays

The most sci-fi concept is this smart speaker, which has a 12-inch flexible display. Normally, the display is wrapped around the cylinder-shaped speaker, but with the push of a button, motorized arms can flatten out the display into a big tablet-like display.

Oddly, this is probably one of more viable designs Samsung showed off at CES. Being wrapped around a cylinder means you aren’t stressing out the display very much, like you would with a sharp, 180-degree crease in the Galaxy Fold. A stationary speaker will also take much less abuse than a smartphone. Amazon and Google both make smart speakers and smart displays, and this could be both!

All of these concepts are working prototypes (at least, the displays fold and display an image), which is impressive. But they are probably a long way from commercial viability. Just like Samsung’s current foldables, all of these concepts have serious problems to deal with regarding durability, thickness, and price. Even the Z Fold 3 still has regular display failures, so Samsung doesn’t seem quite ready to make these devices bigger or more complicated yet.

None of these concepts seems like it is built with a reasonable thickness. A regular phone is around 8 mm thick, and there’s no magic involved in the Galaxy Fold: folding it in half makes it 16 mm, or as thick as two smartphones stacked on top of each other. With current technology, tri-folding devices are looking at something like a 24 mm thickness.

Samsung is selling a ton of foldables though, and it clearly sees this as the future of the company’s mobile and display divisions