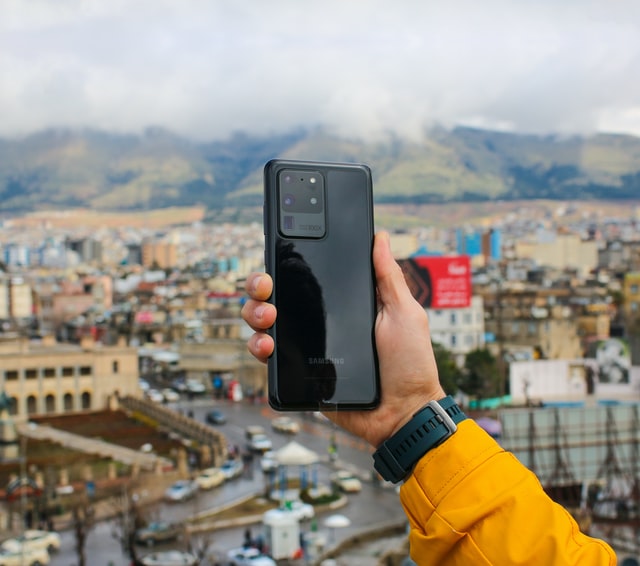 The company, as usual, didn’t provide any commentary about its results. Samsung will release its full earnings report later in January.

In October, Samsung warned that the fourth quarter would be weaker than the third as server customers bought fewer memory chips. It also said tougher smartphone competition would hurt its results. Apple, in particular,  was a tough rival for Samsung in late 2020. Apple introduced four new iPhones in the quarter, all of which came with 5G connectivity.

Like its competition, Samsung is grappling with the coronavirus pandemic and the impact it’s having on consumers. When COVID-19 first started spreading, worries about the illness caused a dramatic slowdown in phone purchases as people around the globe decided the device they had was good enough. Demand eventually recovered as new 5G phones began to hit the market, but not soon enough to boost Samsung’s Galaxy S20 sales.

Computers and TVs have been hot items with people stuck at home, and appliances are purchases consumers can put off only so long. Samsung has benefited from surging demand for all of those products, as well as for its components that provide memory storage for data centers and consumer devices.

In October, Samsung reported its highest ever quarterly revenue, thanks to “significant increase in consumer demand” for its smartphones, computers and other products.

Apple’s entry into the 5G phone market with its full iPhone 12 lineup in October likely hurt Samsung in the last quarter of the year. Samsung has introduced about 20 5G phones, but there haven’t been compelling reasons for consumers to need them. People are holding onto devices longer than before, and early 5G devices have been pricey. Apple brought 5G to all phones in its iPhone 12 lineup without boosting pricing for its Pro models. And it even introduced a less expensive iPhone 12 Mini to people who are more price conscious.

The pandemic has forced Samsung to shift strategy for some of its mobile products, including introducing a less expensive model of the Galaxy S20, called the S20 FE.

Next week will be a busy one for Samsung. The company will show off its newest TVs and home appliances Monday during a CES press conference and then will host its first Unpacked phone launch of the year on Jan. 14. The company is expected to unveil three new Galaxy S21 models, new Galaxy Buds Pro earbuds and physical Tile-style smart trackers, possibly called Galaxy Smart Tags, to help people keep track of their possessions using BlueTooth.

“Over the past year, mobile technology has taken center stage in everyday life as people are working remotely and spending more time at home,” Samsung said in the press release announcing the date for Unpacked. “The accelerated transition to a mobile-first world brings with it the need for devices that can transform everyday life into an extraordinary experience.”

A January date for Unpacked comes earlier than normal for Samsung. In the past, the company has typically unveiled its newest flagship phone in February, either slightly before or during the Mobile World Congress trade show, and then released the device in March or even April.